Starlight Fables
Never Ending Fables for a Lifetime of Living 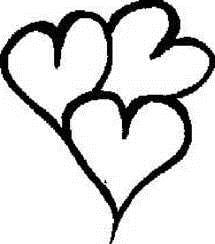 Hawk told Willow that Sammy’s stomach was bloated. Almost overnight, she had become too thin. She would not eat or use her litter box.

The woman began the clearing ritual with her usual chanting, lighting a white candle and placing Sammy’s picture in front of her. Willow heard the animal healer asking that all positive and sacred energies assist with the healing of little Sammy the cat. The healer’s arms were moving in every direction, and again, she called out to the Creator for healing to occur. The animal healer again began to move her arms as though they were the wings of a bird. Briefly, Willow thought she saw the woman become a bird.

She saw clearly that the animal healer had transformed herself into a beautiful white dove! The essence of the dove, soared a very long distance to Sammy. The dove soared around Sammy’s shoulder and neck area in a counter-clockwise direction three times. The dove flew to the top of Sammy’s head, the crown area, hovered briefly, and then flew from down the entire length of the front of Sammy’s body. Finally, the dove circled Sammy’s body in a clockwise direction three times at approximately hip level.

Hawk asked if Willow had noticed the details of what the dove had done. She said that she had, and it reminded her of a choreographed dance. It was a beautiful sight!

During the clearing, Sammy showed the animal healer her sadness and what had been upsetting Sammy. The animal healer explained to Sammy that, the son in the family she lived with, loved her as much as he did before. Nothing had changed!

The woman asked if Sammy would reconsider her feelings. Sammy said she would try. Willow wondered what all of this meant.

Although the clearing was complete, the story continued to unravel. Soon Willow’s question would be answered.

Willow was being shown that Sammy’s human’s eldest son had moved back into the family home. He had brought with him a cat by the name of Li’l Bit. Sammy had always been enamored with the son and still was. He was her love. Willow noted that the son’s cat, Li’l Bit, looked like Sammy! Willow saw that each time Li’l Bit came into a room, Sammy growled and hissed and ran to her human’s bedroom where she hid under the bed. Hawk explained to Willow that Sammy was upset that he had brought Li’l Bit home. Sammy no longer allowed him to pet her, hold her or love her. Sammy would not eat and was becoming ill. Both Sammy and her human were miserable.

The mist covered the images briefly and then parted to expose a new vision.

As Willow watched the vision of the morning after the clearing, she saw something had changed. Sammy had come out of hiding for treats. She had eaten her breakfast and also used her litter box. On the family’s return home from work that night, Sammy and Li’l Bit sat together at the door waiting for them! Sammy had come to terms with the situation and with Li’l Bit.

Willow found it interesting how Sammy seemed to mellow whenever Sammy’s human showed her an image of the animal healer who had sent her the clearing. It was as if Sammy knew her! It was clear that, although this healing had taken place a great distance away, Sammy recognized the essence of the animal healer who had communicated with her. Willow felt this was amazing!

Willow’s head was spinning with knowledge. It is what she had wished for all of her life. She was overcome with joy and emotion. As she wept, she wondered how she could ever thank Hawk enough and all those involved with gifting her with these precious teachings.

Copyright Notice
All Rights Reserved.
All material appearing on the Starlight Fable's website (“content”) is protected by Copyright laws and is the property of Starlight Fables or the party credited as the provider of the content. You may not copy, reproduce, distribute, publish, display, perform, modify, create derivative works, transmit, or in any way exploit any such content, nor may you distribute any part of this content over any network, including a local area network, sell or offer it for sale, or use such content to construct any kind of database. You may not alter or remove any copyright or other notice from copies of the content on Starlight Fable's website. Copying or storing any content except as provided above is expressly prohibited without prior written permission of the copyright holder identified in the individual content’s copyright notice. For permission to use any of the content on the Starlight Fable's website, please contact it's owner,
Adrien Amadeo